You are here:
Fun StoriesNews and Updates 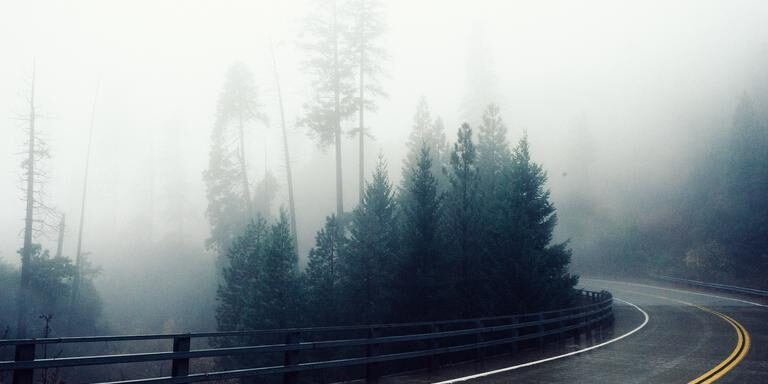 Miles-long stretches of road, short alleyways, and interstate highways, oh my! With the change of seasons to fall, the advent of blustery weather and the kick-off of the holiday season with Halloween, it seems only fitting to take a tour through some of the most haunted roads in the US for a little seasonal fun. Read on for some spooky tales and whether any could be right around the corner from you!

Perhaps the most famous highway in America, Route 66 has appeared in movies, books, and songs ever since it first broke ground in 1926. It was one of the first highways in the US Highway System, running from Chicago to the Pacific Ocean. With all the ground that it covers, it’s practically impossible that there wouldn’t be several spooky stories about this highway.

Well, along its entire 2,448 miles, there’s upwards of 100 frightening spots. Everything from a hotel in Flagstaff, Arizona where it’s said a phantom bellboy knocks on guests’ doors at night to a movie theater in Albuquerque, New Mexico where a mischievous little boy who died there in a 1951 boiler explosion plays little tricks on guests.

Route 2A in Maine 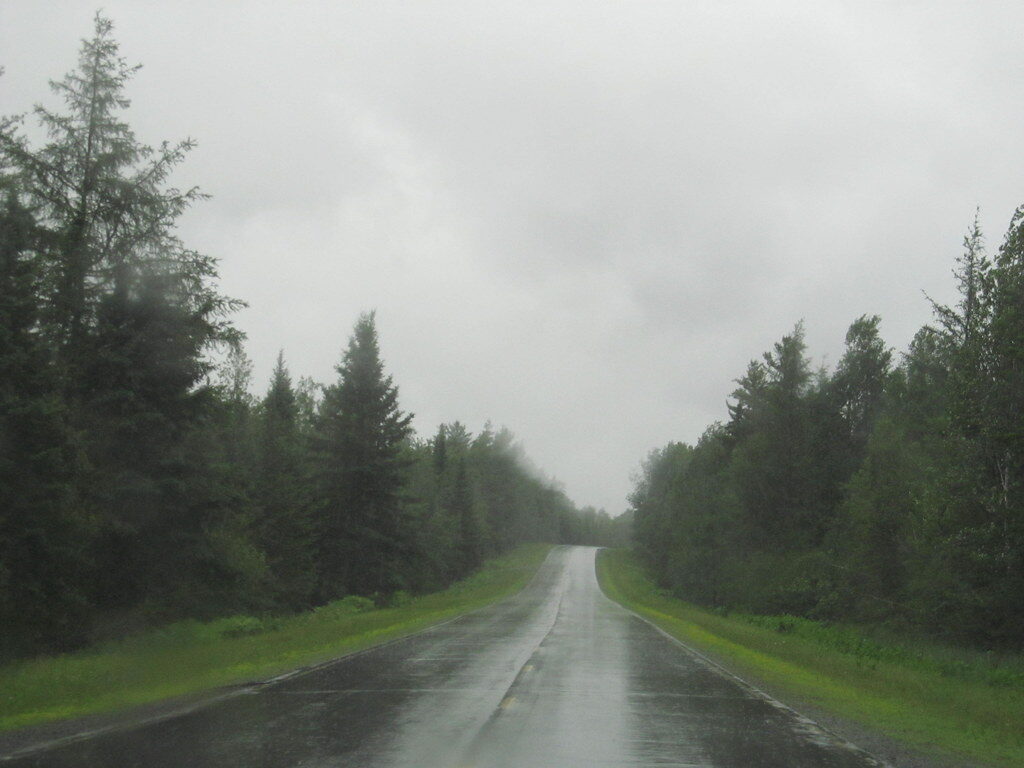 A stormy day on the tree-lined Route 2A in Maine.

Legends abound that this highway is haunted by numerous spirits of car and truck drivers alike who didn’t make it through an infamous hairpin turn on the way to Boston. Deep in Maine’s Haynesville Woods, Route 2A has generations of ghost stories to share and has even inspired a hit song from 1965, A Tombstone Every Mile by Dick Curless.

To those who have been brave enough to tell the tale, there’s an often repeated story of an extra-dimensional encounter along this route. According to stories, a little girl who died along this route in 1967 still wanders the road asking drivers for rides before disappearing from the passenger’s seat.

About an hour outside of Manhattan, Clinton Road is a 10-mile stretch that is the site of multiple urban legends. Drivers often report phantom headlights that disappear into thin air and one particularly ominous turn has been given the name Dead Man’s Curve.

According to one specific tale, there’s a haunted bridge on Clinton Road where a boy may have been hit by a car or drowned. Legend has it that if you throw a coin into the water off the bridge, he’ll toss it right back, or at least return it to sit on the edge of the bridge by nightfall. 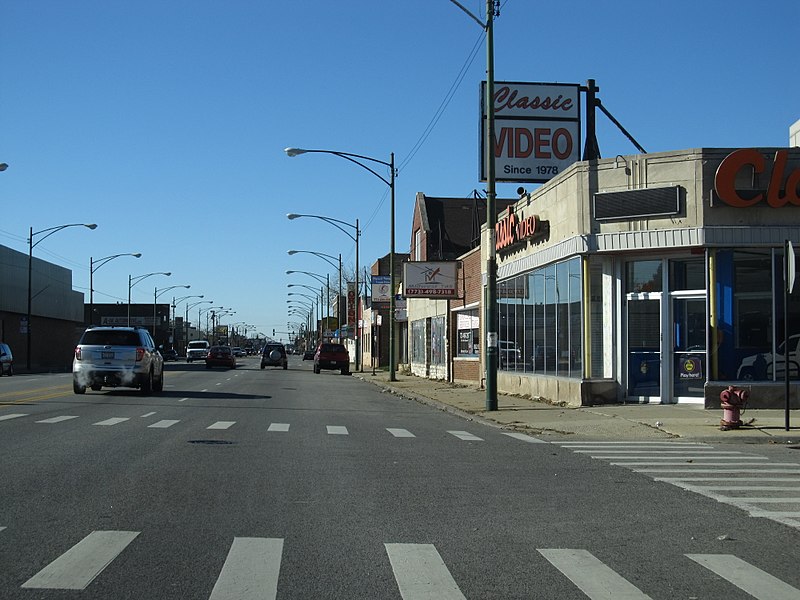 A typical stretch of Archer Avenue in daylight hours.

Famously one of the most haunted roads in America, this street connects lakes, rivers, two cemeteries and native religious gathering places. Today, nighttime drivers report seeing hooded figures slowly moving along the road, phantom hearses, and even one ghost in particular who has been so consistent she’s gained the name of “Resurrection Mary.”

What’s so unique about Resurrection Mary’s story is the amount of similar detail that every person who encounters her has to say. All those who encountered her report a woman with blonde hair and blue eyes and wearing a white party dress. For those who do stop to offer her a ride home, she disappears soon after.

Getting its name from the California Gold Rush, Prospector’s Road is located halfway between Sacramento and Lake Tahoe. The road is believed to be haunted by a whole crew of former fortune seekers who met an untimely demise while hunting for gold.

The Old West is typically a prime source for spooky and haunted encounters and this road is no different. Some visitors have even expressed that they’ve heard the ghostly sound of more than one prospector telling them to “get off my claim.” 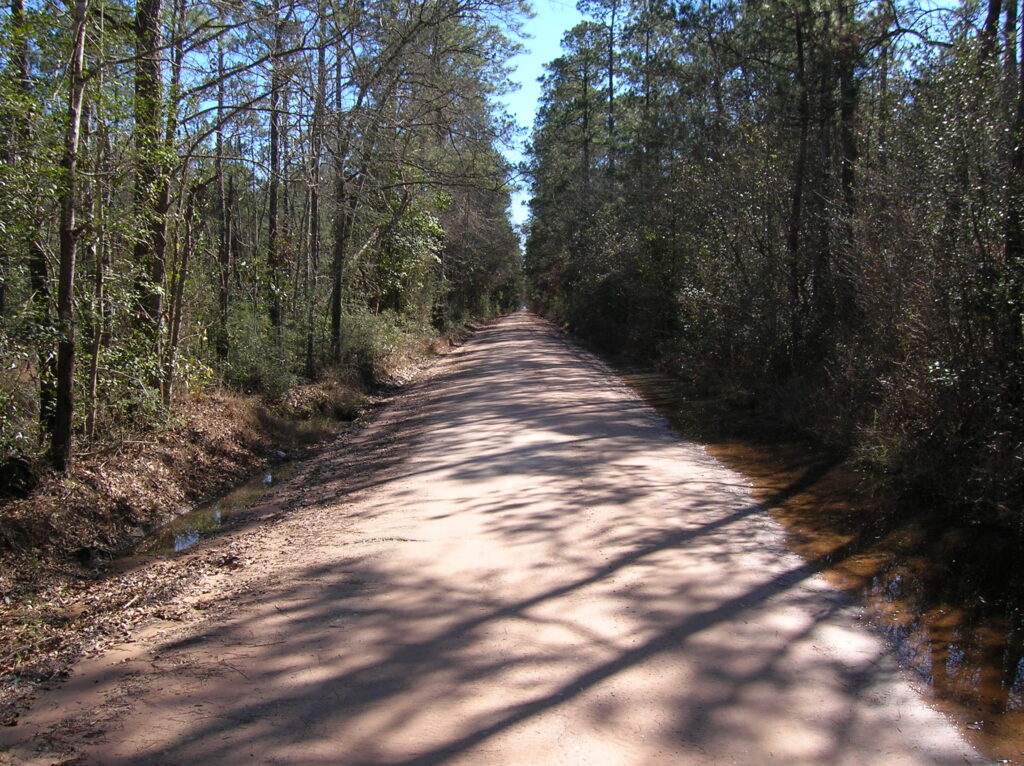 The only dirt road on our list, Bragg Road during the day.

Located in Hardin County Park, Texas, this unpaved, isolated road is like many that can be found in the area. However, it’s only this one that gets the nickname “Ghost Road” because of its mysterious light that often appears out of nowhere.

Urban legends abound as to where this light can be coming from. Some prefer more practical explanations like that it’s a reflection of light from a passing car or some kind of gas. But many more believe that it’s possibly the light of a hunter forever lost in the woods.

Whether a slight scare sounds fun or you want to avoid it altogether, these roads are traveled by hundreds of thousands up to millions of travelers and truck drivers alike. So the next time you think you may be on a stretch of spooky road, remember that it’s probably just a trick of some light or the wind!