5 Worst Winter Storms to Ever Hit the United States 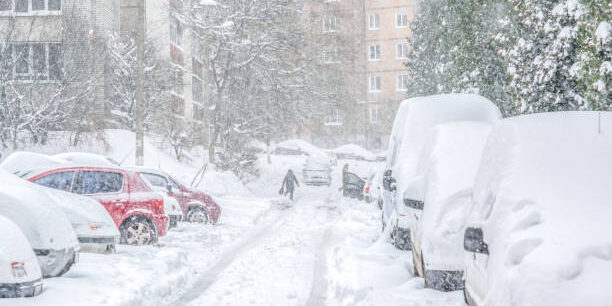 Winter storms throughout the U.S. have the ability to create some of the most hectic, harsh, and harrowing weather conditions. The National Weather Service has been tracking storms across the country since its initial founding in 1890. In that time, almost every state across the country has experienced intense ice and snow storms, blizzards and hurricanes during winter months.

To kick off our move into the winter weather season, we thought it’d be fun to reveal the five worst winter storms to ever hit the U.S. And then we can all feel thankful that there’s still time to plan and prepare so any storms this year can have minimal impact on supply chains.

The Knickerbocker Storm of 1922 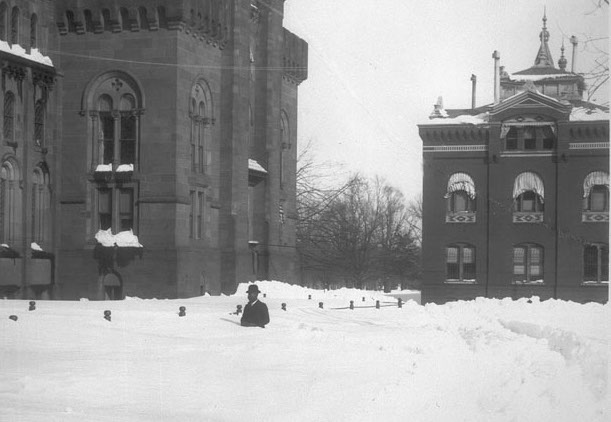 A man walks through the snow coming chest height after the infamous Knickerbocker Snowstorm.

Taking place over about two and a half days from January 27-29, this storm was a complete surprise. On January 26, the Washington Times reported fair weather and slowly rising temperatures in its forecast for the D.C. region.

Over this short period of time, a record-breaking 28 inches of snow blanketed the city. Cars and trolleys ended up stuck on streets wherever they were left as people headed home. The storm is named for the famed Knickerbocker Theatre in Washington, D.C. Because of the heavy and prolonged dumping of snow, the roof of the theatre collapsed under the weight, killing 98 people and injuring another 133 who were there watching a silent film.

The Great Appalachian Storm of 1950 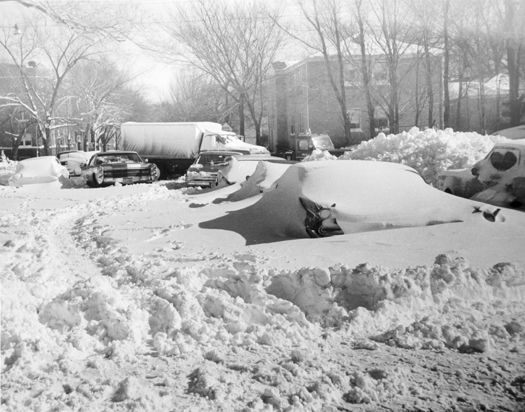 Cars and trucks were abandoned in the middle of the road during the Great Appalachian Storm.

Part blizzard and part hurricane, this winter storm is one of the most meteorologically unique storms on record. Also called the Great Thanksgiving Storm since it started on November 24 and lasted over the Thanksgiving holiday. Cycling through 22 states, areas from Maine to Florida experienced torrential rain and coastal flooding.

Snowstorms covered the country from West Virginia to Pennsylvania with more than 30 inches of snow, some areas even reaching 57 inches of snow. High, freezing winds reaching gusts of 160 mph in some regions caused over 1 million power outages.

The storm completely covered Ohio in a foot of snow, but the annual Ohio State vs. University of Michigan football game traditionally played over the holiday went on as planned. It immediately became a legendary winter sports game and earned the nickname the Snow Bowl. Michigan won, 9-3.

A snow-covered street and cars with people trying to move about safely during the Superstorm of 1993.

Also known as the Storm of the Century (although this term has often been used to describe many storms including others on this list), this superstorm had an incredibly devastating impact. The entire Eastern third of the country experienced record snowfall and deadly tornadoes.

Beginning on March 12, snow covered the country from Maine to Florida, affecting more than 100 million people living in those areas. Tennessee and North Carolina measured up to 60 inches of snow, New York saw 43 inches of snow, and most of the northeast had at least 20 inches.

The snowstorm was much more than a blizzard, being categorized as a cyclone and a category 5 storm. In the end, the superstorm caused $2 billion worth of damage and holds the record for the largest interruption to air travel due to weather in United States history. 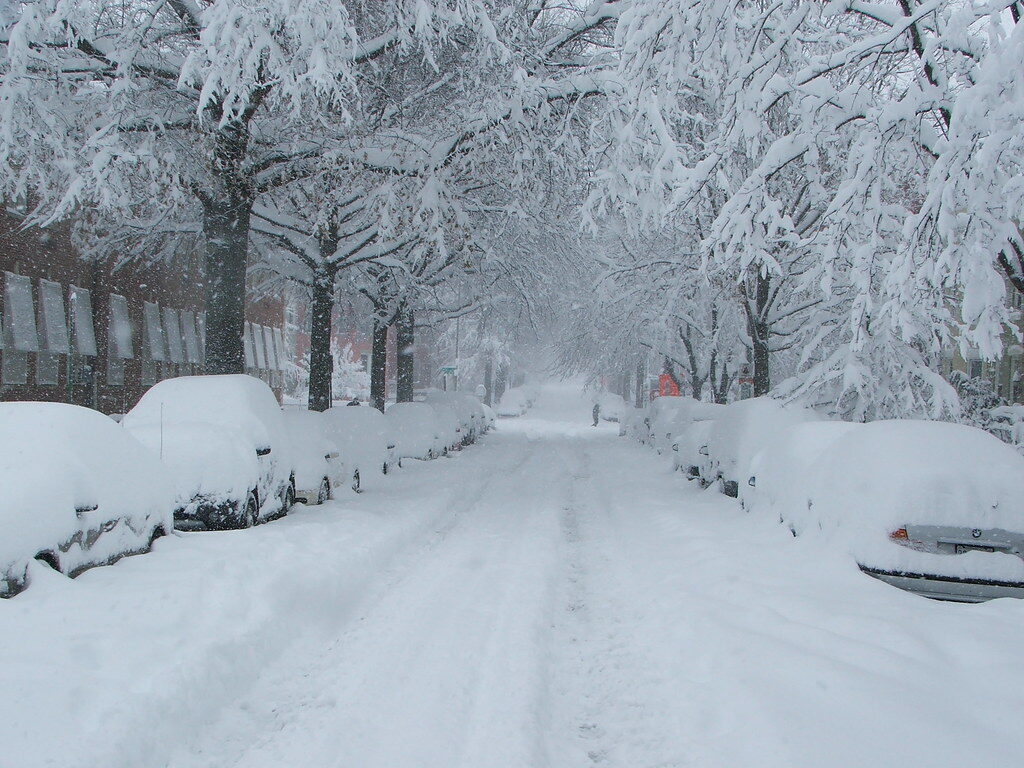 Cars on the road became completely trapped under many feet of snow during Snowmageddon.

This winter storm of February 5-6 was actually two blizzards that hit back-to-back over a two day period. Residents throughout the Northwest and Mid-Atlantic regions were completely snowed in and Washington, D.C. completely shut down.

For 30 straight hours, snow fell completely uninterrupted, leading to whiteout conditions in many areas. Just over 32 inches of wet, heavy snow fell. The weight of the wet snow caused a slew of property damages from collapsed power line poles to collapsed roofs to a destroyed airport hangar. In total, six states throughout the region declared national emergencies. 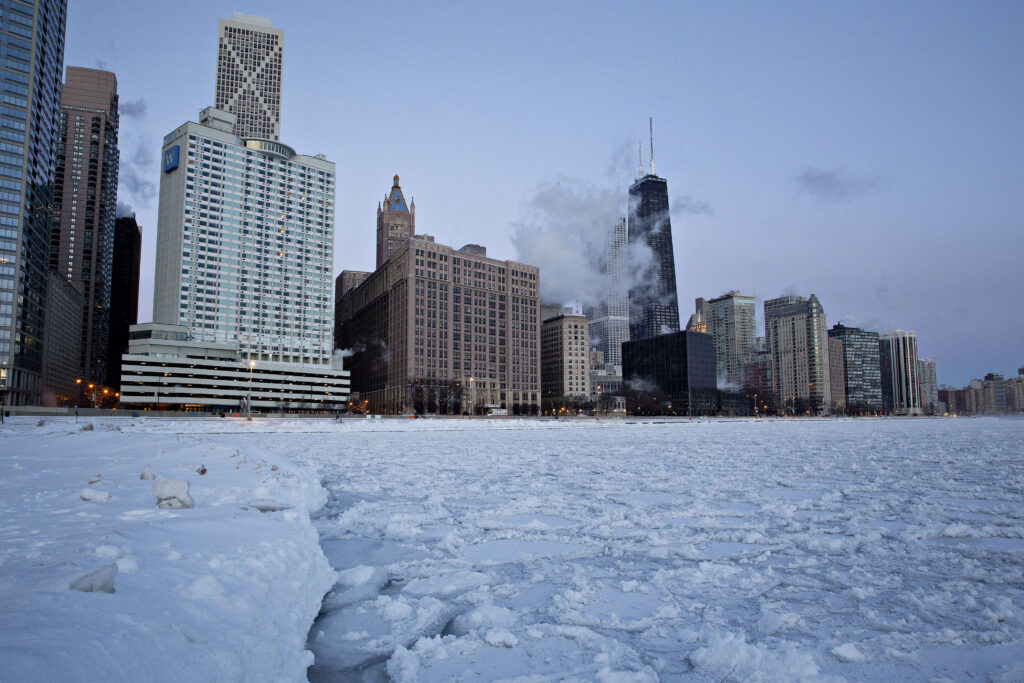 Ice floats on Lake Michigan in Chicago as bitter cold grips the Midwest with the Polar Vortex.

In late January, an Arctic cold front known as a “polar vortex” swept across the Midwestern United States. Over several days, the region was rocked with the coldest, most severe temperatures on record.

Basically a frigid cyclone, upwards of 2,000 flights were canceled, hundreds of schools were closed, and hundreds of cases of frostbite and hypothermia were reported. Over 30 different temperature records were broken with windchills in Minneapolis-Saint Paul plunging as low as -65 degrees Fahrenheit. In these conditions, frostbite could affect exposed skin in less than five minutes.

Devastating winter storms are all a feature of the season. Thankfully, we can be much better prepared for when these storms hit and downplay any big surprises. When it comes to your winter freight needs, be sure to partner with an experienced team known for their weather planning and proactive safety measures. That’s the Pride Logistics difference, every time.